Race: A Biblical and Theological Perspective 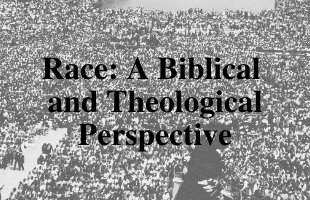 Black Heritage Month not only reminds us of the achievements of Black Americans, but also of the legacy of race in America.  It is an issue that is at once provocative and polarizing.  And, its pervasiveness in the national consciousness was seen in and is still being felt from the O.J. Simpson trial and verdict.  Politically, the philosophical differences between Democrats and Republicans are not without racial concerns.  A solid Christian perspective on race is rarely, if ever, heard in the public forum.

The Christian's world view must include a biblically informed perspective on the issue of race.  A believer's mind is to be renewed and no longer patterned in accord with the world's view (Romans 12:2).  Mind renewal then must include the issue of race and race relations.  Every thought must be taken captive and made obedient to Christ (2 Corinthians 10:5).  And unbiblical thoughts about race must be abandoned.

The very idea of races is suspect in the minds of some.  Dr. Ashley Montagu, an anthropologist (and not a Christian) wrote in his book, Man's Most Dangerous Myth: The Fallacy of Race, that the concept of “race” is a superstition, “the witchcraft of our time and a stratagem invented to justify discrimination.”  The racist according to John Stott defends “his position as a so-called scientific theory of race or merely cherish vague notions of unilinear evolution from monkey to man which encourages him to believe that such races are lower in the scale of evolution than is the group to which he belongs.”  Evolution is hypothesis which means any conclusion drawn from it about race is superstition, not science.

The equality and unity of the human race is declared by the Apostle Paul in Acts 17:26, “From one man He (God) made every nation of men…”  All men from every nation have one ancestor in common—Adam.  Systematic theologian Henry C. Thiessen argues that physiology demonstrates the unity of man.  He cites the fact that blood can be transfused from once race to another, the body temperature, pulse rate, and blood pressure are within the same limits and interracial marriages produce offspring.

The unity of the race is seen with respect to sin.  Sin is innate in all men (Romans 3:23; 5:12).  Adam, the ancestor in common of all men, passed to his offspring a sin nature.  All men are guilty before God and in need of the Savior.  One Savior, Jesus Christ, has given Himself for all men.

Every Christian regardless of race stands equal before God on equal footing with every other Christian (Galatians 3:28).  At the moment of salvation, every believer without regard to race becomes a member of the Body of Christ—the Universal Church (Ephesians 2:14-16; 3:6).  Several metaphors depict the unity of believers in the Church: God’s flock (John 10:1-18), fellow citizens (Ephesians 2:19), God’s building, temple and dwelling (Ephesians 2:20-22), Jesus’ bride (Ephesians 5:25).  All these figures suggest that believers stand equally before God.  Believers are in the same spiritual family.

Heaven will be populated with redeemed people “from every tribe and language and people and nation” (Revelation 5:9).  They will reign with and serve Jesus Christ and God the Father throughout the ceaseless ages to come.

The biblical reality of mankind is our common link to a single ancestor who transgressed the divine prohibition and plunged the entire human race into sin (Genesis 3). Another Man was obedient and secured for any man who will believe a right standing for a Holy God (Romans 5:12-19).

Prayer and The Sovereignty of God
//